How to Separate Dissimilar Metals

The introduction of Littoral Combat Ships in the last decade was expected to revolutionize the US Navy's operations due to their reconfigurable designs, large carrying capacities, and impressive speed. Two years into the deployment of the second vessel, the USS Independence, the unthinkable happened. The ship began to disintegrate in real-time. And far from being the result of hostile action, the culprit was simple galvanic corrosion caused by the use of dissimilar metals.

The USS Independence, the Santa Barbara Oil spill, and 1980s corrosion at the Statue of Liberty all highlight the importance of understanding how dissimilar metals affect one another. Engineers and equipment operators must devise ways to separate them. So, what are dissimilar metals? 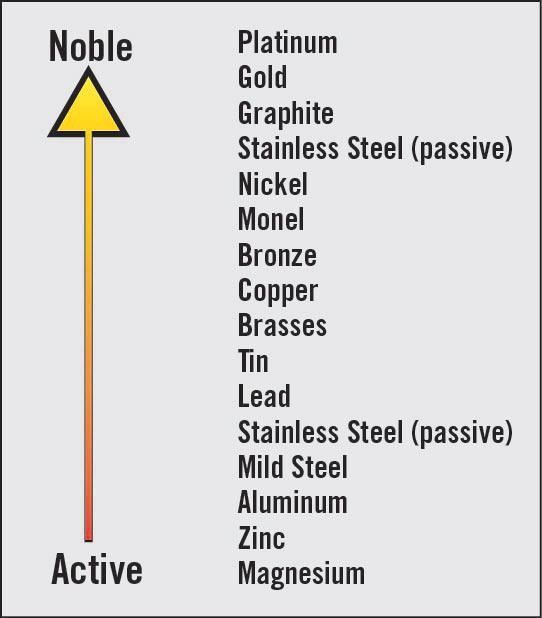 Metals come with different inherent properties. One such trait, their nobility, plays an important role in determining how metals are ranked on the galvanic scale. Here, nobility refers to a metal's resistance to corrosion. For example, noble metals that are higher up the galvanic scale retain their electrons better compared to base metals at the lower end of the scale when placed within the same environment.

A base metal such as aluminum loses more of its electrons than a noble metal such as stainless steel. Hence, when two different or dissimilar metals from opposite ends of the galvanic scale are in contact and are subjected to a corrosive environment, electrons are transferred from the base metal to the noble metal. The transfer of electrons (also expressible as the current flow) accelerates the base metal's corrosion rate and further reduces the corrosion rate of the noble metal. 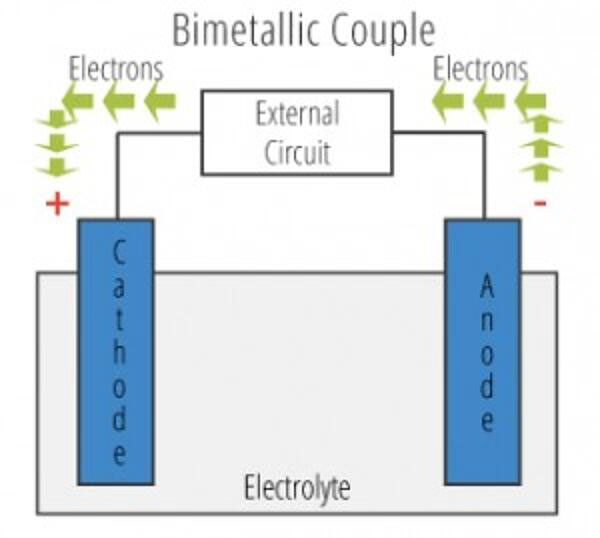 For example, using aluminum and stainless steel to build structures within an aircraft will result in dissimilar corrosion rates. The corrosion rate of aluminum will increase while that of stainless steel slows. This imbalance is accelerated in highly corrosive environments with excessive moisture and changing temperatures and will cause the aircraft's structure to crumble and fail if left unattended.

In theory, limiting the adverse effects of dissimilar metals coming into contact with one another may seem like an easy task. Utilizing all the same metal or galvanically similar metals should solve the problem. However, in the real world, some dissimilar metal use is unavoidable thanks to the properties they bring to the table. In such a scenario, four major preventive measures can be applied to separate dissimilar metals and slow corrosion.

Utilizing dissimilar metals is a notorious cause of corrosion within the aviation, naval, heavy trucking, and manufacturing industries. All that equipment also tends to wind up in environments with diverse corrosive agents. Proper use of durable sealants, gaskets, and tapes can limit the damaging effects of dissimilar metals and keep moisture out. Get in touch with an Av-DEC representative today to learn more about how to separate dissimilar metals.